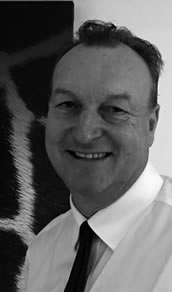 Mike Farrar is a management consultant with 15 years of CEO experience in the NHS, having stepped down as the Chief Executive of the NHS Confederation in September 2013. Since that time Mike has been a member of the PwC Health Industries Oversight Board and has worked with the company on a number of major projects across the country.

Mike chairs the PwC public sector board helping to support the company’s offer to the health and care sector.  Mike has also built alongside this a successful business practice working with clients such as Celesio, RCGP, ABPI, NHS Quest, NHS Leadership Academy, Health Foundation, Vanguard Health Solutions, Pfizer, CIPFA, etc as well as starting up a number of small companies aimed at promoting health innovations, and links between health and sport.

Mike remains a prominent thought leader and consultant to NHS, where he supports system wide leadership groups in Manchester, West Yorkshire, The North West, South Notting-hamshire, Essex, Oxfordshire, and South Hampshire along with work in a number of indi-vidual NHS organisations including Bradford,  Leeds, SW Yorks and Liverpool.

Mike chaired the Strategic Health Authority Chief Exec-utive’s Group from 2002 to 2009. He chaired the NHS Confederation GP Contract negotiating team that successfully introduced the Quality and Outcome Framework into the new General Medical Service contract in 2002. He also worked as the national programme director of NHS Live, chaired the Office for Life Sciences Innovation Delivery Board and was the key architect of the North West Advancing Quality programme, which involved one of the worlds largest and most successful pay for performance quality improving schemes in health care, saving hundreds of lives a year

Mike Farrar was also the Vice and Interim Chair of Sport England, and in August 2009 was appointed as National Director for Sport and Health. He has further current  roles in sport as the Chair of the Amateur Swimming Association, a trustee of the Football league Trust, Chair of Rugby League Players Welfare Forum and Chair of Hudds Town/Hudds Giants Community Sports Trust.